The United Nations Safety Council on Friday adopted a resolution, drafted by France, calling on countries about the planet to take “all needed measures” to fight the Islamic State.

The 15-to- vote came a week after the terrorist attacks in Paris, for which the Islamic State claimed duty, and just hours soon after the deadly siege of a hotel in Bamako, the capital of Mali, by Islamic militants.

The French ambassador, François Delattre, told the Safety Council following the vote that the resolution “recognizes the exceptional nature of the Daesh threat,” making use of an Arabic acronym for the group.

Russia voted for the measure, which signaled a uncommon diplomatic convergence. For 4 years, Russia and the West have sparred over the war in Syria, with the Kremlin staunchly backing the government and Western powers backing the opposition. 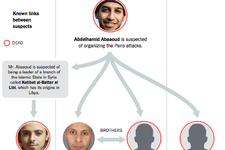 Interactive Feature | The Expanding Internet of Connections Among the Paris Attackers As numerous as six of the assailants in the coordinated Islamic State terrorist assault in Paris were Europeans who had traveled to Syria.

Russia has floated its own counterterrorism proposal, but it would call for coordination with the governments of the affected countries — meaning, in Syria, the administration of President Bashar al-Assad. That concept is anathema to the West.

Hinting at the reluctance of his Western rivals to cooperate with the Syrian government, Russia’s envoy, Vitaly I. Churkin, said the fight against terrorism must be “guided not by ambition but by shared values.”

The resolution authorized Friday gets about that knot by offering no legal basis for military action. Nor does it cite Chapter 7 of the United Nations Charter, which authorizes the use of force.

Several Council resolutions currently apply to the fight against terrorist groups. Sanctions are in spot against Al Qaeda and related organizations and folks, yet another resolution is aimed at stopping the flow of foreign fighters into groups like the Islamic State, and but yet another forbids trade in oil or antiquities with the Islamic State. The newest measure does not especially authorize any new action by France or any other country. It does offer you France the moral and political backing of the Security Council.

The resolution calls upon countries to “take all needed measures, in compliance with international law, in distinct international human rights, refugee and humanitarian law, on the territory under the manage of ISIL,” making use of another acronym for the group. It calls for the eradication of the group’s “safe havens” in Syria and Iraq.

The French draft singles out two entities that are already topic to United Nations-backed sanctions — the Islamic State and the Nusra Front, an affiliate of Al Qaeda — but it leaves open the possibility of adding other groups.

The vote comes against the backdrop of rising resistance in Europe and the United States to the admission of Syrian refugees. On Friday, the United Nations secretary common, Ban Ki-moon, announced a summit meeting designed to draw pledges from countries to resettle Syrians. The United Nations refugee agency will host the summit meeting in March, Mr. Ban stated at a meeting of the Common Assembly, warning of “misplaced suspicions about migrants and refugees, specifically these who are Muslim.”

This entry passed by means of the Complete-Text RSS service – if this is your content and you happen to be reading it on somebody else’s web site, please read the FAQ at fivefilters.org/content material-only/faq.php#publishers.